CloudMapper generates network diagrams of Amazon Web Services (AWS) environments and displays them via your browser. It helps you understand visually what exists in your accounts and identify possible network misconfigurations.

There are three stages of using CloudMapper:

Since the last release, some of the biggest changes are:

Lot’s of smaller bug fixes and improvements by a number of folks. 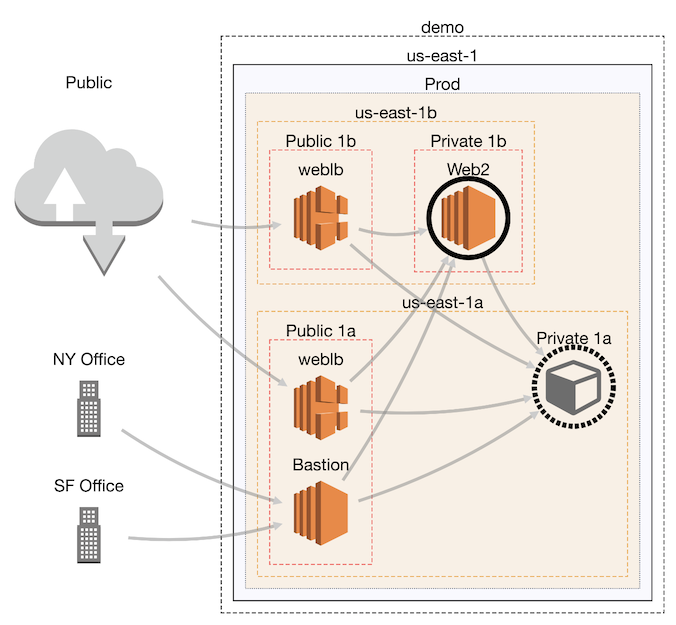 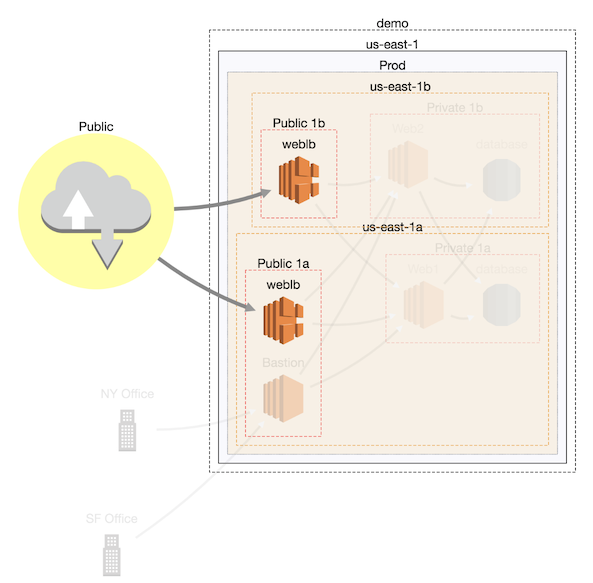 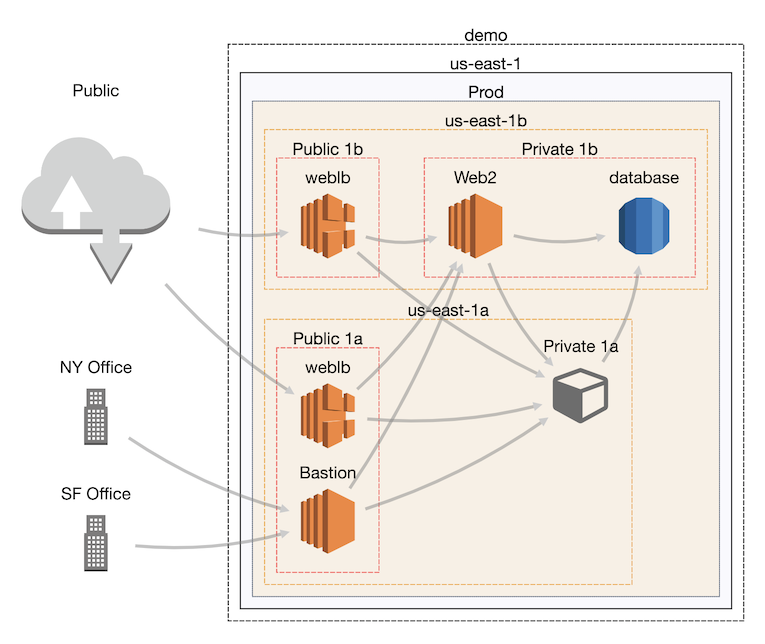 When you first start, the initial layout is never ideal. We use what is believed to be the best layout algorithm for compound node diagrams, CoSE, but this will still require manual editing by moving nodes around.

Here is the layout you’ll likely see initially when you view the demo: