Attacks using DHCP Starvation, which exhausts all IP Pool DHCP server.
The operating principle of this attack is very simple:
1) Asking yourself IP -address at the DHCP server and a receives it;
2) Change the MAC addresses and ask for the next one, a different IP -address, masquerading as a new client;
3) Such action is repeated until the entire pool of IP address on the DHCP server is reached. 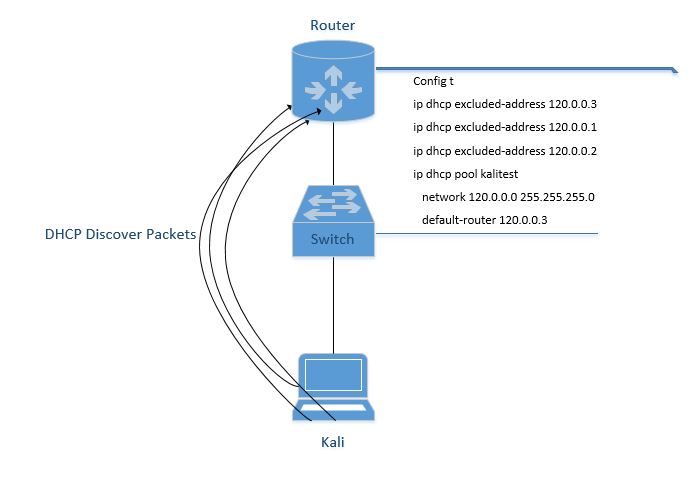 To automate this type of attack there is a Yersinia tool
Run Yersinia:

press I and select the required interfaces.

press g  and select the DHCP.

To stop the attacks press l, select the active attack and press the Enter.