GEF is a kick-ass set of commands for X86, ARM, MIPS, PowerPC and SPARC to make GDB cool again for exploit dev. It is aimed to be used mostly by exploiters and reverse-engineers, to provide additional features to GDB using the Python API to assist during the process of dynamic analysis and exploit development.

It has full support for both Python2 and Python3 indifferently (as more and more distros start pushing gdb compiled with Python3 support). 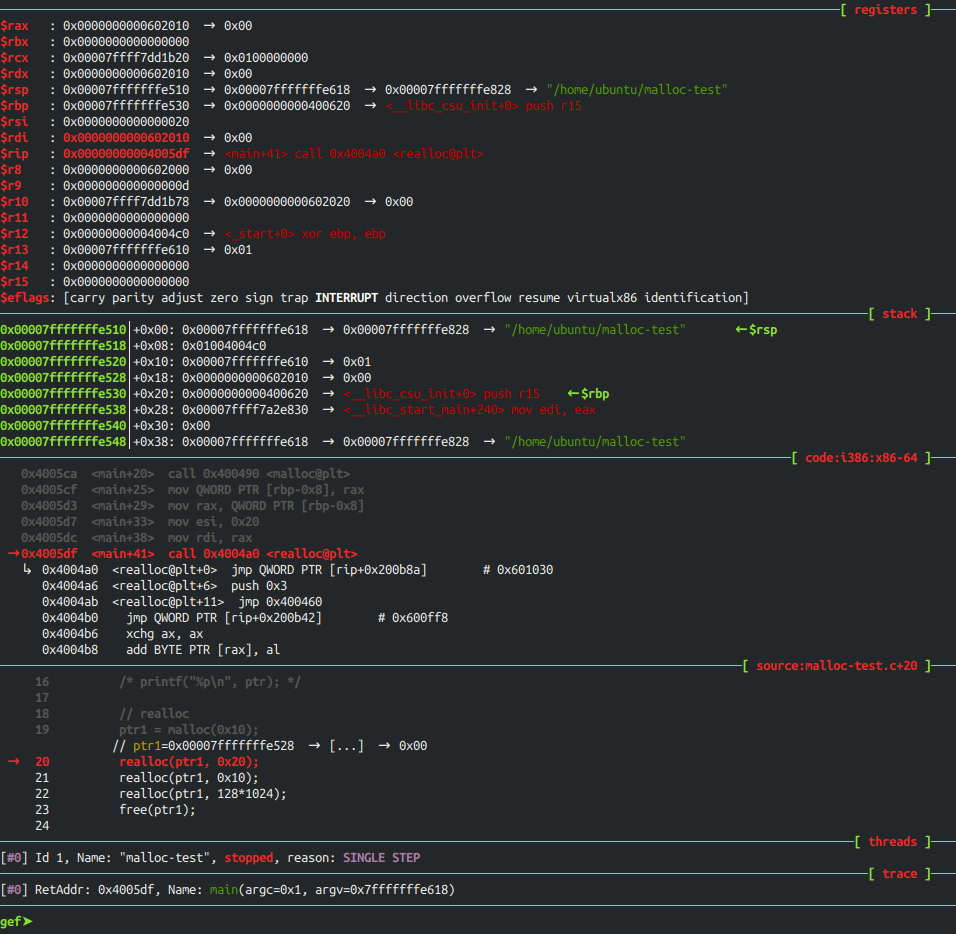 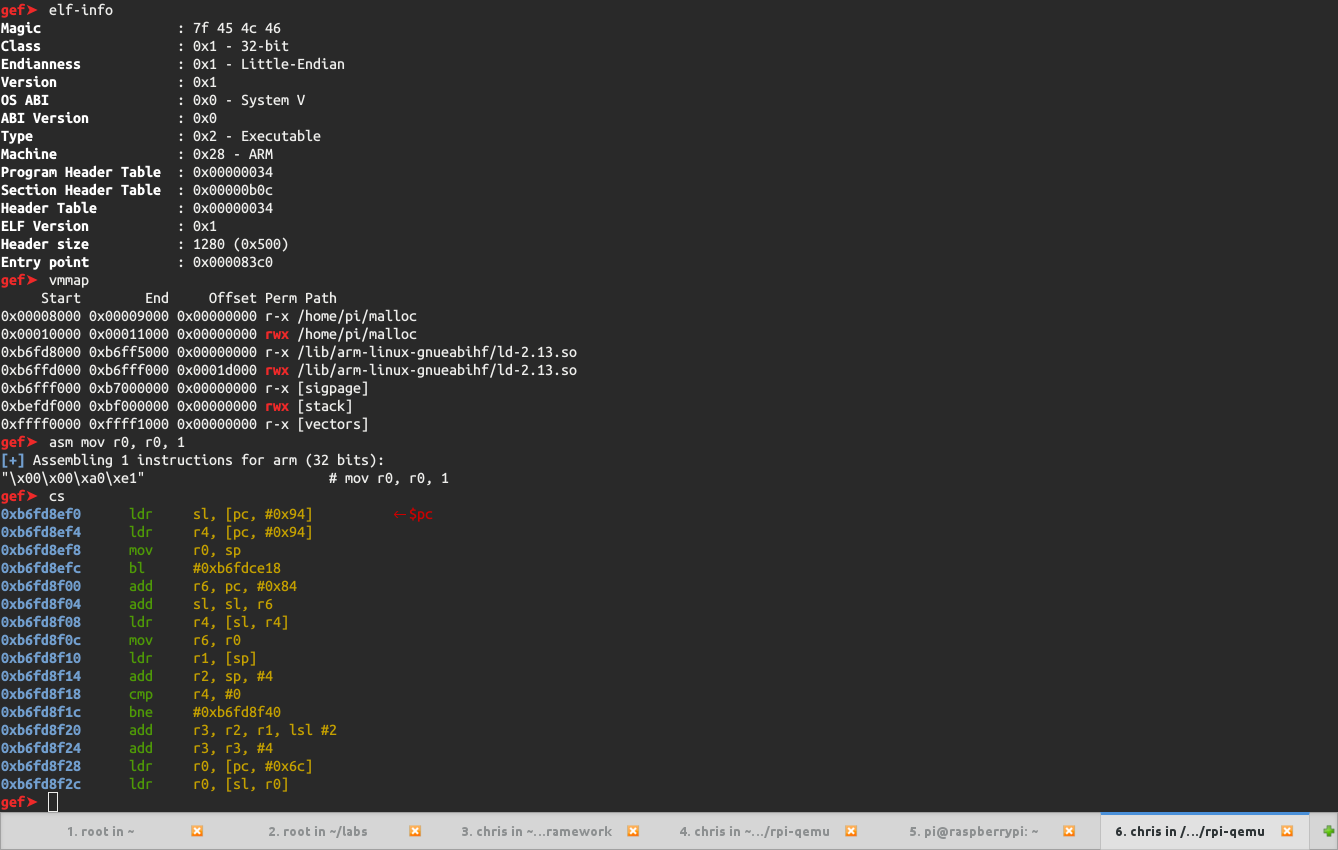 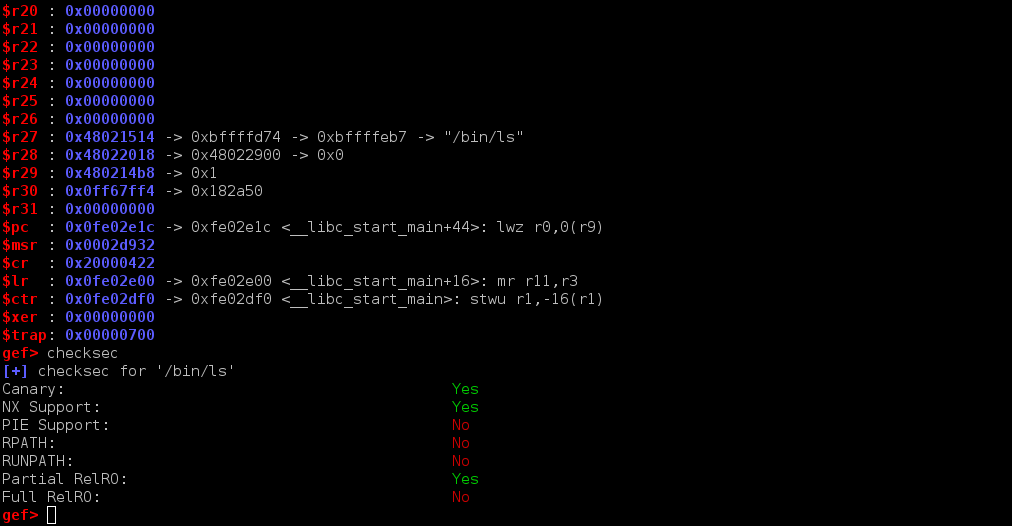 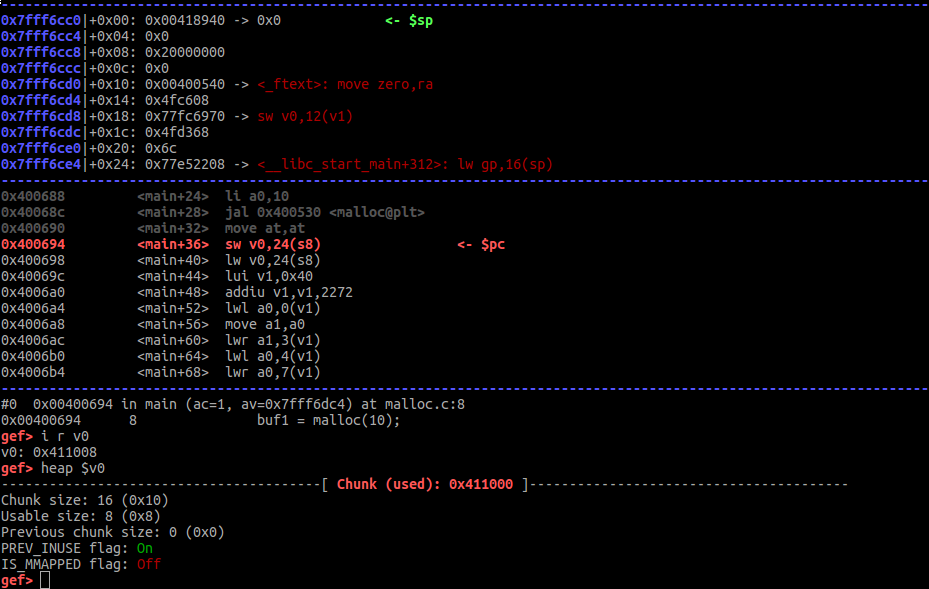 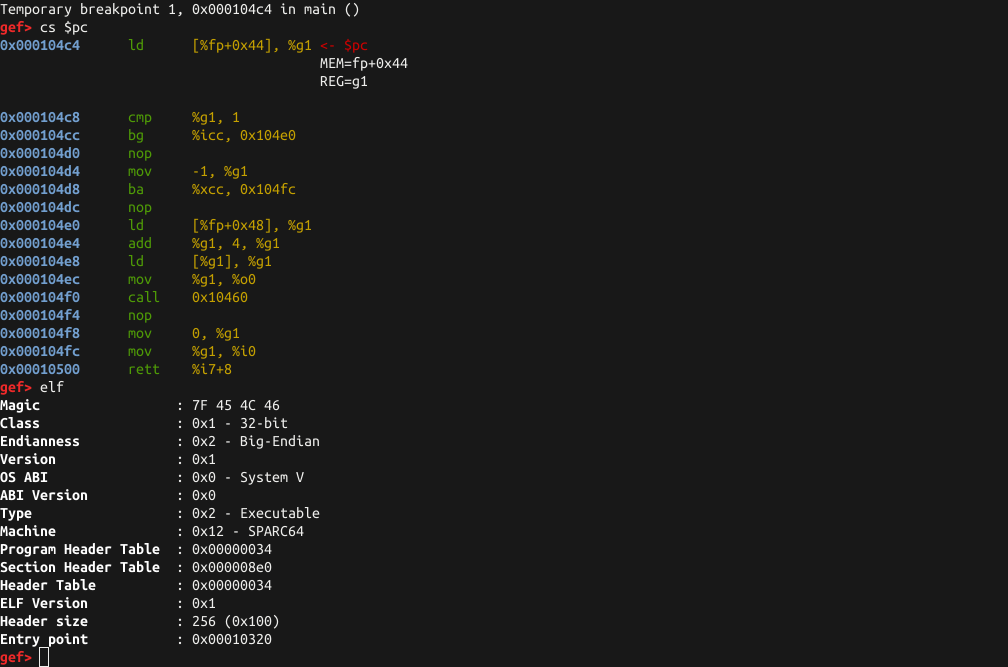