Windows Exploitation: Backdoor on the fly with bdfproxy

What is Backdoor Factory?

“A patch is a piece of software designed to update a computer program or its supporting data, to fix or improve it.[1] This includes fixing security vulnerabilities[1] and other bugs, with such patches usually called bugfixes or bug fixes,[2] and improving the usability or performance. Although meant to fix problems, poorly designed patches can sometimes introduce new problems (see software regressions). In some special cases updates may knowingly break the functionality, for instance, by removing components for which the update provider is no longer licensed or disabling a device.Patch management is the process of using a strategy and plan of what patches should be applied to which systems at a specified time.” via Wiki

2. What is backdoor factory?

Backdoor factory is a python tool. It was written by Josh Pitts. The goal of BDF is to patch executable binaries with user desired shellcode and continue normal execution of the prepatched state. It is available on Kali Linux 2016.2. 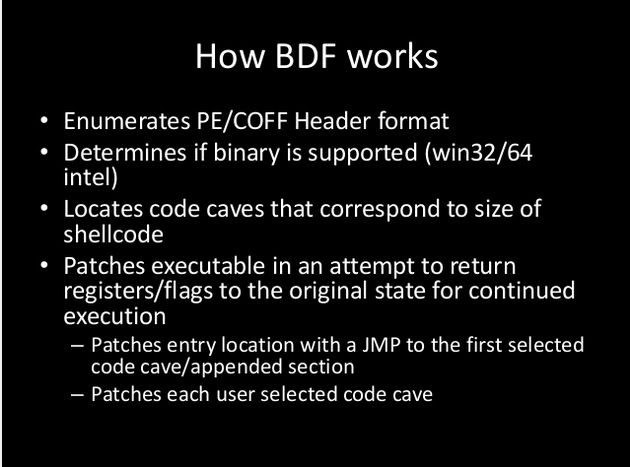 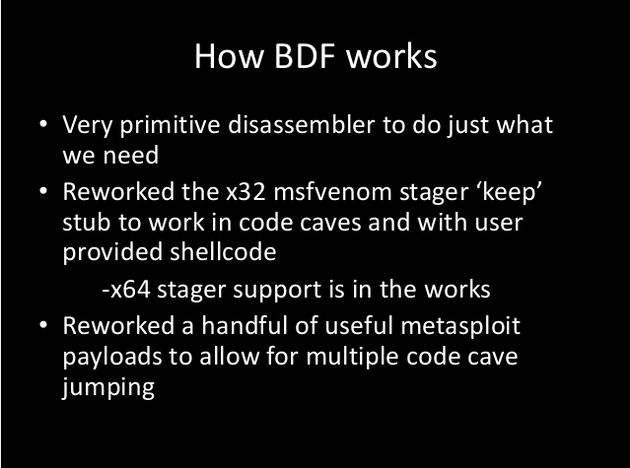 Backdoor Factory can bypass almost antivirus software. You think that you should view this video.

What is Backdoor Factory Proxy?

In my opinion, on LAN network, MITM attack is the best attack method. I like to use bdfproxy for attacking target. It is great to get meterpreter session if your victim download any exe file. Tutorial below is for you… 😛