Livepython is a desktop app that lets you visually trace, in real-time, the execution of a Python program. In addition, it can track changes in global and local variables as your program is running. It is meant to give you a quick grasp of a program’s execution flow. It’s less messy than sprinkling print statements throughout your code and simpler to use than debuggers/profilers.

It can be launched from the command-line as easily as: 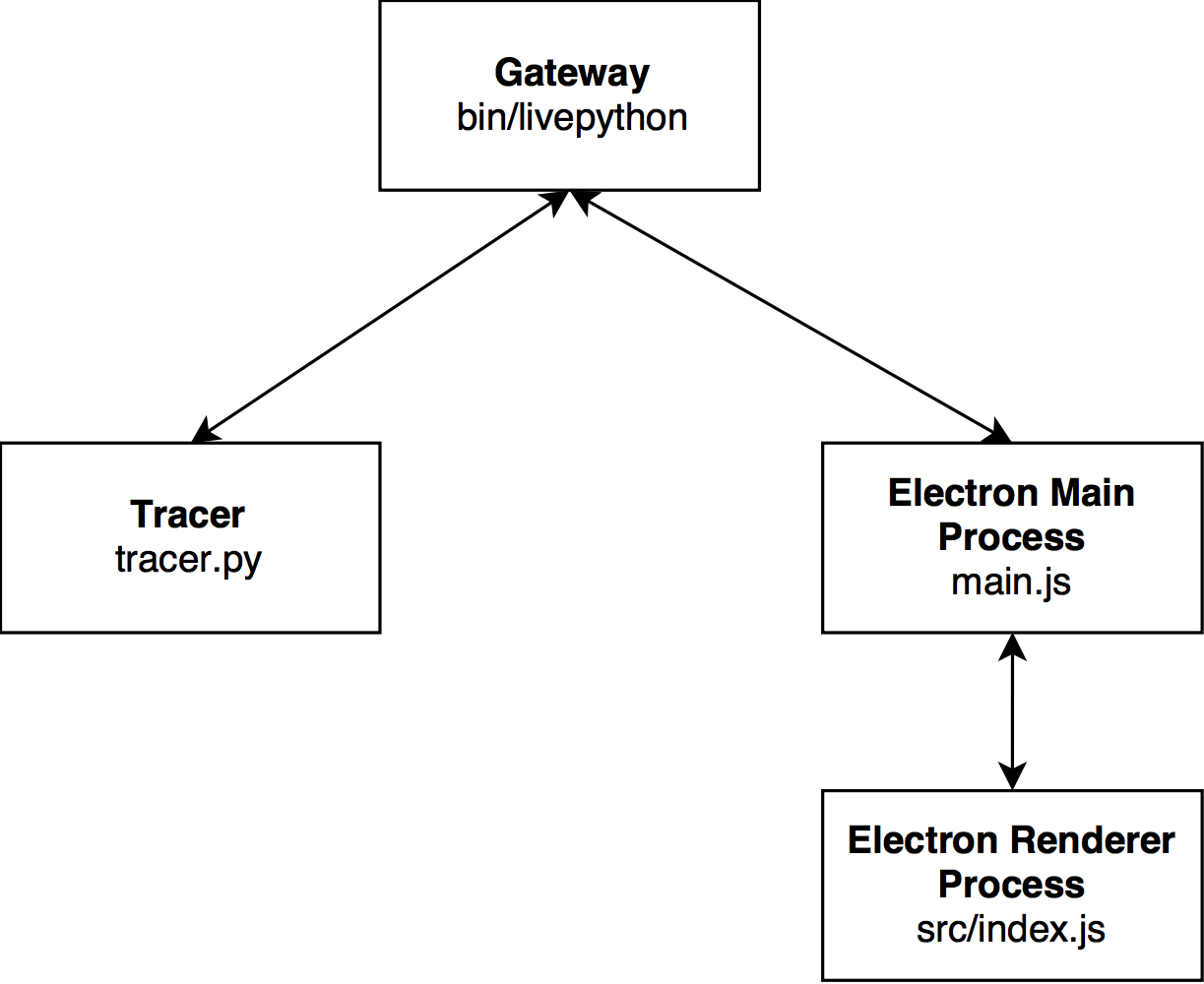 It has 3 main components:

If you want to make changes to Livepython, you will need to run webpack:

Then you can test your built version of livepython by running: