For a system administrator, having to perform security vulnerability analysis and software updates on a daily basis can be a burden. To avoid downtime in a production environment, it is common for a system administrator to choose not to use the automatic update option provided by the package manager and to perform the update manually. This leads to the following problems.

Vuls is a tool created to solve the problems listed above. It has the following characteristics. 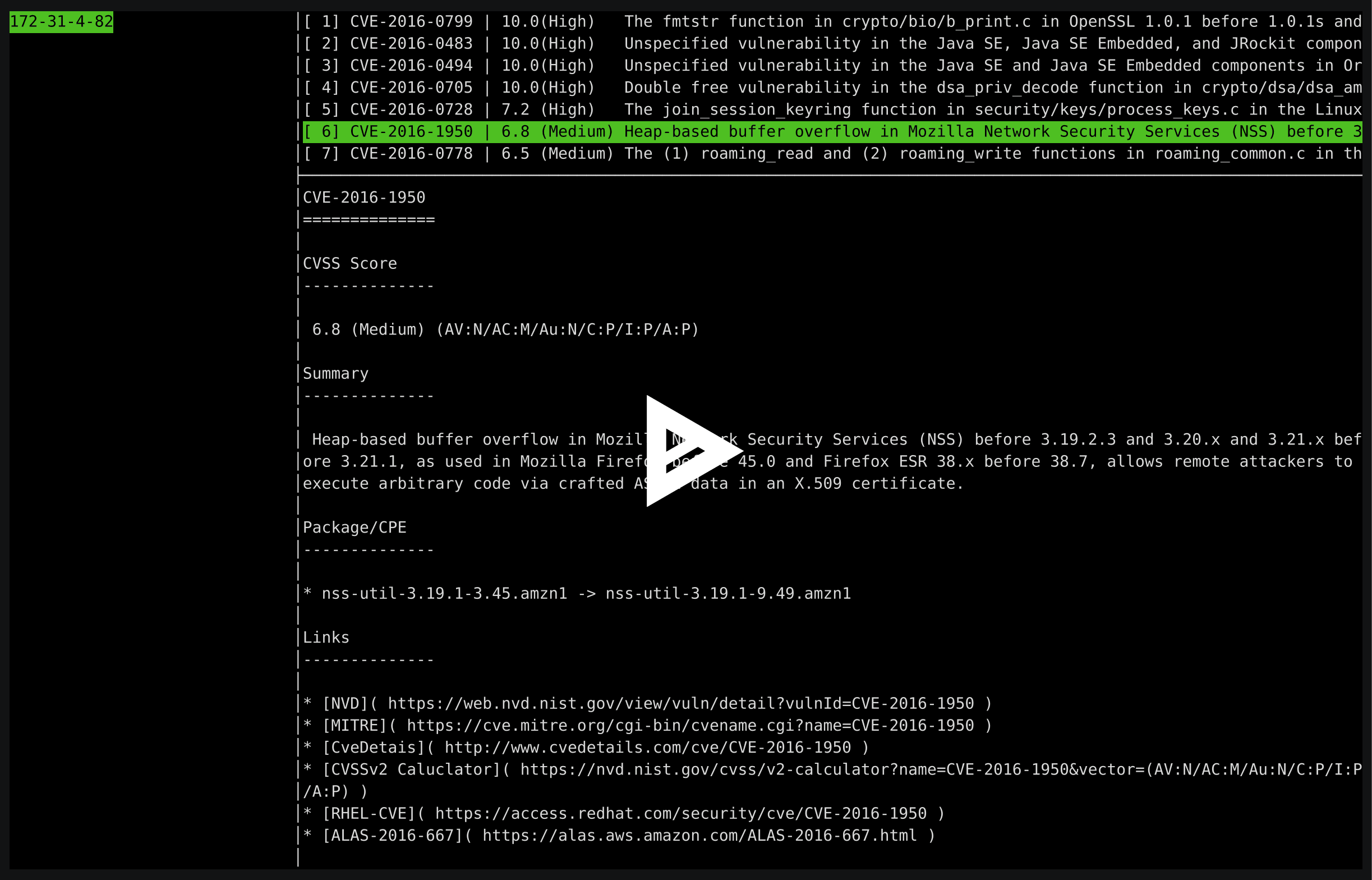