More seriously, Echidna is a Haskell program designed for fuzzing/property-based testing of Ethereum smarts contracts. It uses sophisticated grammar-based fuzzing campaigns based on a contract ABI to falsify user-defined predicates or Solidity assertions. We designed Echidna with modularity in mind, so it can be easily extended to include new mutations or test specific contracts in specific cases.

This release introduces coverage reports as HTML files. This will ease the detection of uncovered code during fuzzing campaigns. It also includes bug fixes as well as a large refactor of several parts of the code. This means that new features and optimizations are easier to implement.

Echidna 2.0.4 will automatically generate a coverage report in HTML in the corpus directory following the same approach as the text file report (e.g. covered.X.html). The report will show colors to signal which lines are covered either without errors (green), with a revert (yellow) or not covered at all (red). 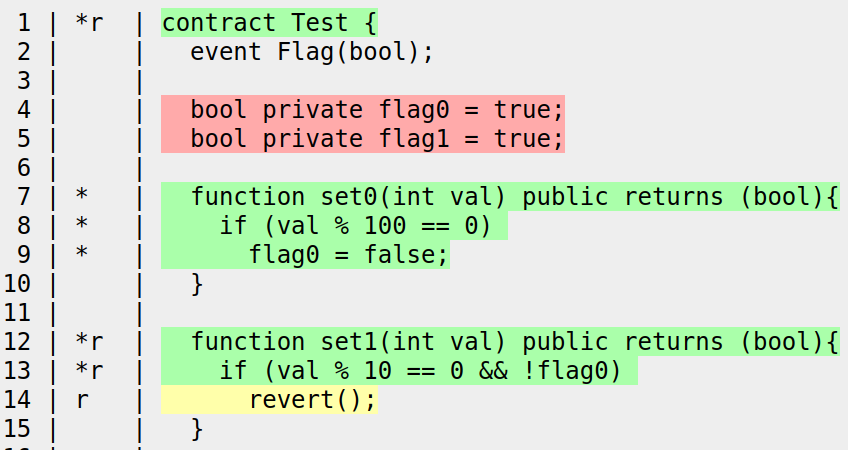 Additionally, lines with no color are not included in the bytecode.

docker is recommended to install Echidna.

If you’d prefer to build from the source, use Stack. stack install . should build and compile echidna-test in ~/.local/bin You will need to link against libreadline and libsecp256k1 (built with recovery enabled), which should be installed with the package manager of your choosing. If you’re getting errors building related to linking, try tinkering with –extra-include-dirs and –extra-lib-dirs.